ISLAMABAD: In a major development, Pakistan on Tuesday issued its new political map incorporating occupied Jammu and Kashmir and Laddakh.

According to the details, a federal cabinet meeting chaired by Prime Minister Imran Khan gave node to the new official map of the country. PM Imran Khan congratulated the participants on the historical occasion and said that Kashmir belongs to Pakistan.

“One day will come when it will be the permanent map of Pakistan,” PM Imran added.

In a televised address, PM Imran said the new map supports the principled stance of the people of Pakistan as well as the Indian illegally occupied Jammu and Kashmir about the Kashmir issue. 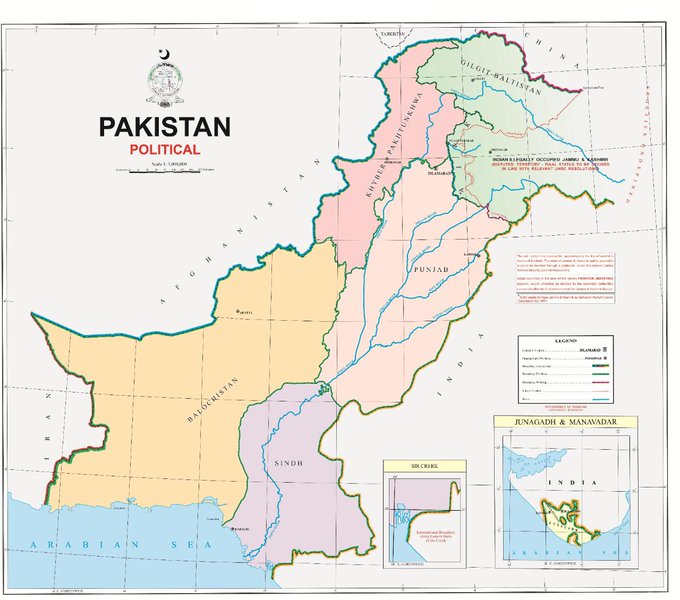 The Prime Minister said the new map also negates India’s occupational illegal action of August 5 last year. He said the map, which has been endorsed by the federal cabinet, is fully backed by the entire political leadership of the country. The prime minister said this new official map will henceforth be used in the curriculum.

He reiterated that implementation of the UN Security Council resolutions is the only solution to the Kashmir dispute. The prime minister said that Pakistan will continue its political and diplomatic efforts for resolution of the longstanding dispute. He hoped that we will achieve this goal one day.