The federal government plans seeks the help of private sector to cover its share of Rs 736 billion in the recently announced Rs 1.1 trillion development package for Karachi because of fiscal constraints, sources told The Express Tribune.

They said that the Centre planned to fund around Rs 100 billion worth of projects from the budget, as it sought to cover the remaining cost with help of private sector, adding that the limited fiscal space did not allow the Centre to finance all the projects through the development budget. 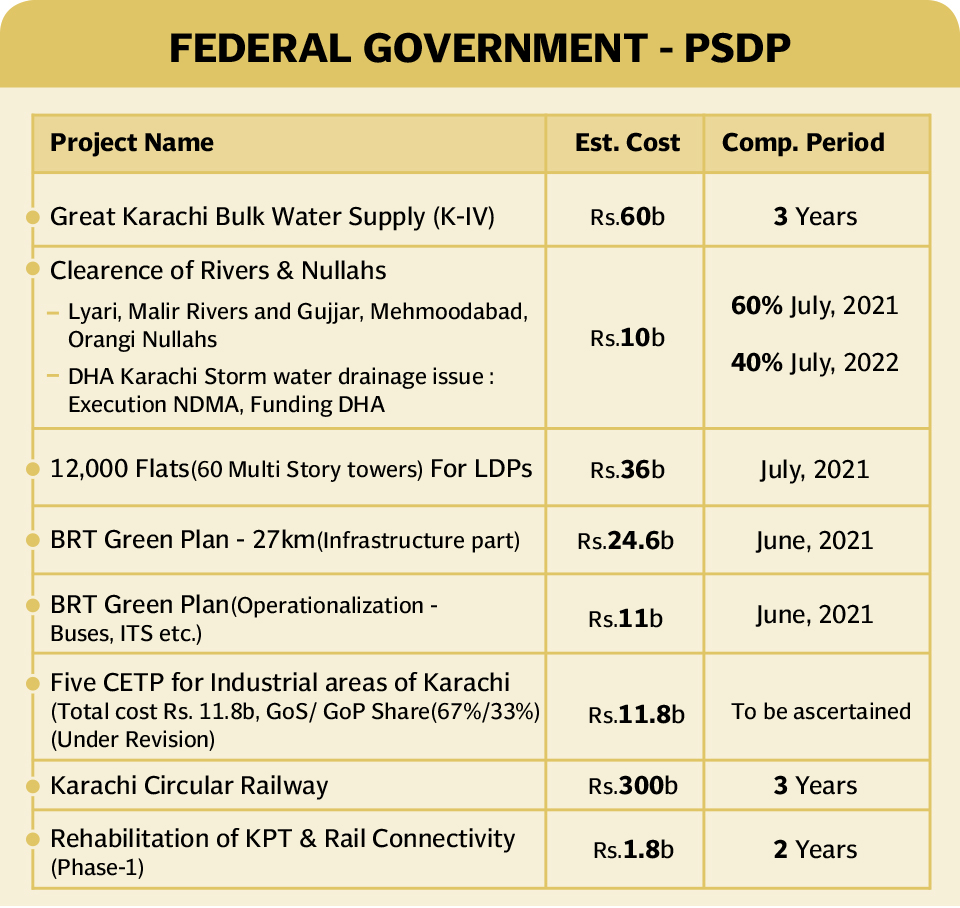 According to the Planning Ministry sources, if the federal government decided to fund majority of the Rs 736 billion projects from the budget, particularly the Karachi Circular Railway, the additional financing requirements over a period of three years – 2020-23 – would be Rs 347 billion even after the contribution of the Supreme Court and the private sector.

Therefore, the sources said, the government had decided to use three financing modes, the Public Sector Development Programme (PSDP), the Supreme Court funds and the Public-Private Partnership (PPP).

Prime Minister Imran Khan on Saturday announced Rs 1.114 trillion Karachi Transformation Package to improve the civic services in the country’s largest metropolis, which is also the financial backbone of the country.

The Planning and Development Ministry confirmed on Monday that the share of the federally-financed projects would be Rs 736 billion, while the remaining Rs 375 billion would be the responsibility of the Sindh government.

Of the Rs 736 billion, the ministry said that the government “plans to request the Supreme Court of Pakistan to allow the use” of part of a settlement fund (up to Rs 125 billion) of a real estate developer, “expected to be available during the three years period of package”.

So far, Rs62 billion had been deposited in the Supreme Court. Hence the funding estimated to be arranged by the federal government is Rs 611 billion, said the planning ministry. 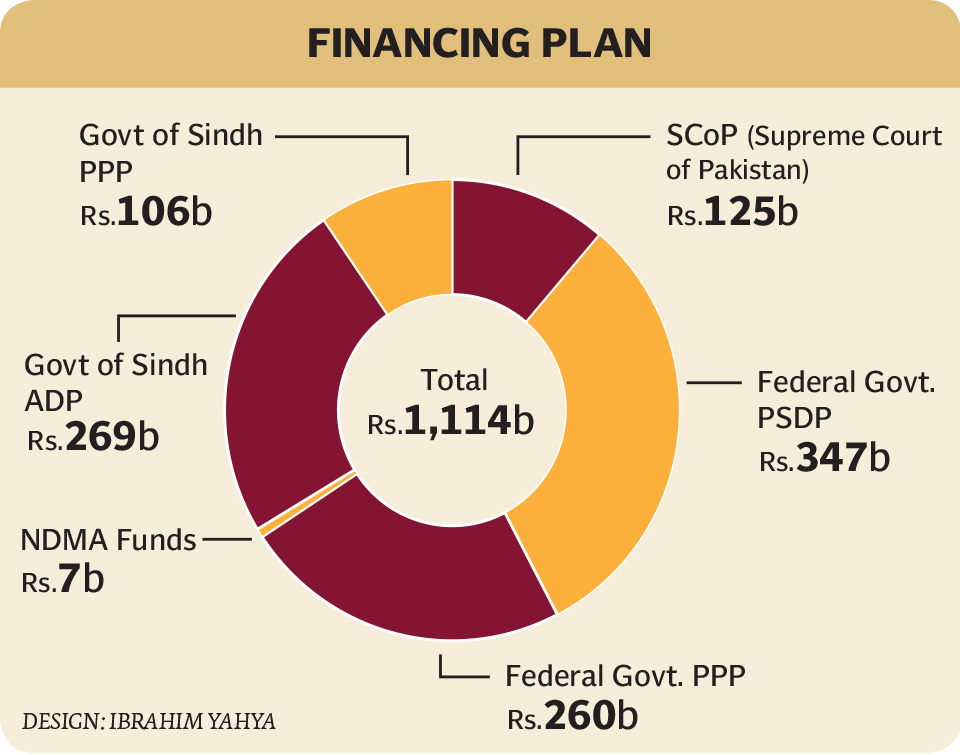 Of its share of Rs 611 billion – excluding Rs125 billion Supreme Court funding – the federal government wanted to complete projects worth Rs 347 billion from the PSDP and remaining Rs 260 billion through the PPP mode.

The Rs 347 billion is inclusive of Rs 250 billion cost of the KCR. The remaining Rs 50 billion of the KCR is planned to be funded by using the funds deposited in the Supreme Court, said a sources.

The government was now planning to also construct the single-largest project – the Rs 300 billion KCR – with the help of the private sector on build-operate and transfer (BOT) mode, according to planning ministry officials.

In case, it did not find a partner in the private sector to construct the KCR on BOT model, there would be a constant financing gap during the three-year implementation period of the Karachi package, they added.

At present, the government has shown the KCR as part of the federally-funded PSDP, which has increased its PSDP component to Rs 347 billion. Under the current scenario (KCR inclusive), the federal government needs Rs 124 billion additional amount in this fiscal year.

But, the officials said, there was no fiscal space available within the budget, adding that if the government constructed the KCR in BOT mode, the financing gap would reduce to Rs17 billion for the current fiscal year.

Therefore, they added, it was prudent to shift the KCR to BOT model. However, in case of the BOT model, the project might not remain part of the China-Pakistan Economic Corridor (CPEC), as the China was undertaking the infrastructure projects in engineering procurement and construction mode.

In a handout, the planning ministry said that during the meetings held for finalisation of Karachi package, the Sindh government expressed the desire to take responsibility for the KCR project. However, Railways was a federal subject while the Supreme Court had also directed that the federal government should undertake this project, it said.

The officials said that the federal government wanted to finance two projects through the Supreme Court funds. The Rs74 billion worth of roads astride Gujjar, Mahmoodabad and Orangi nullahs and the remaining portion of the Lyari Expressway is planned to be fully funded by using the Supreme Court funds. Similarly, the KCR would be partially financed (Rs 50 billion) from these funds.

Of the remaining federal government projects, the Rs36 billion worth of 12,000 flats were also planned to be funded through the PSDP. At present, the government was showing only two projects in the PPP mode, the Rs 130 billion worth of development of areas astride cleared or rehabilitated nullahs and the Rs 130 billion construction of additional dual track (50 kilometres) and freight terminal at Pipri, said the officials.

The federal government also wanted to use Rs 7 billion funds of the National Disaster Management Authority (NDMA) for clearance of rivers and nullahs and temporarily displaced persons, said the officials.