At least two people have died and several others injured after a two-storey building collapsed in Bihar Colony in Karachi’s Lyari area on Sunday, according to police.

Several residents are trapped under the debris of the fallen building — the second such incident in a week — and a rescue operation is ongoing, police said.

The injured residents as well as the deceased were taken to the Ruth Pfau Civil Hospital Karachi.

Speaking on the collapse of the building, Sindh Governor Imran Ismail called for fixing responsibility for the casualties and damages.

“Sindh Building Control Authority (SBCA) has been a nightmare for Karachi. We need to redesign our strategy for SBCA, this is not working at all,” he tweeted. 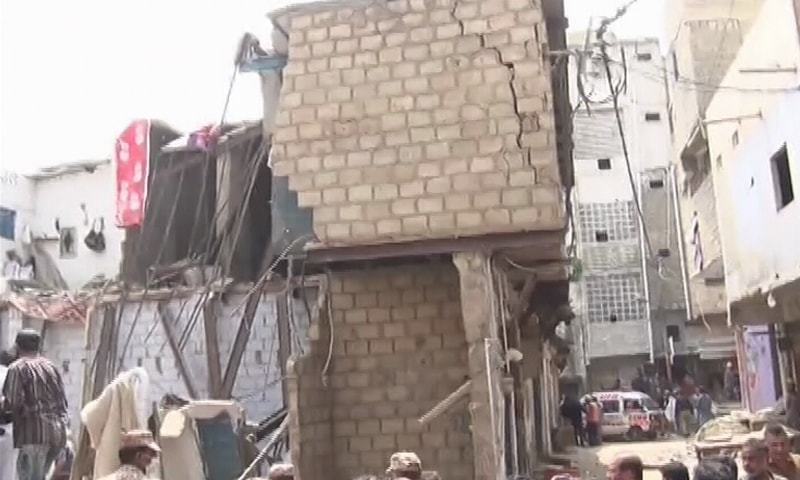 President of PTI Karachi chapter and member Sindh Assembly Khurram Sher Zaman termed the incident “saddening” and called for speeding up of the rescue operation.

Officers of the SBCA who have shown carelessness should be arrested, he said, adding that the authority had become an ATM for the Sindh government.

“The Sindh government should be ashamed of the frequent incidents resulting in the loss of lives,” he said.

Zaman also directed volunteers of the Tiger Force to help with rescue work.